Ahh, a nice poem! A little bit narcissistic just like a bunch of us but this brings positive notes so Kudo! 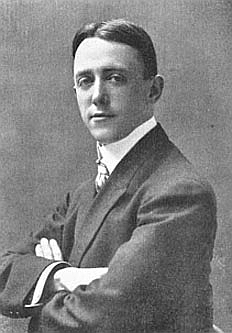 George M. Cohan (1878-1942) racked up an amazing number of accomplishments in his lifetime. As a spectacularly-successful singer, dancer, actor, playwright, composer, lyricist, and theatrical producer, he rightfully earned his reputation as “the man who owned Broadway.” His 8-foot bronze statue in Times Square is the only statue of an actor on Broadway. In 1940, he became the first entertainer to be awarded the Congressional Gold Medal. His amazing life was dramatized in the musical biopic Yankee Doodle Dandy.

Despite the success of this actor who lived in the public eye, he remained quite comfortable in his own skin. This fact is evidenced in one of his lesser-known works, the poem “Myself and Me.”

I’m the best pal that I ever had.
I like to be with me.
I like to sit and tell myself
Things confidentially.

I often sit and ask me
If I shouldn’t…

This site uses Akismet to reduce spam. Learn how your comment data is processed.